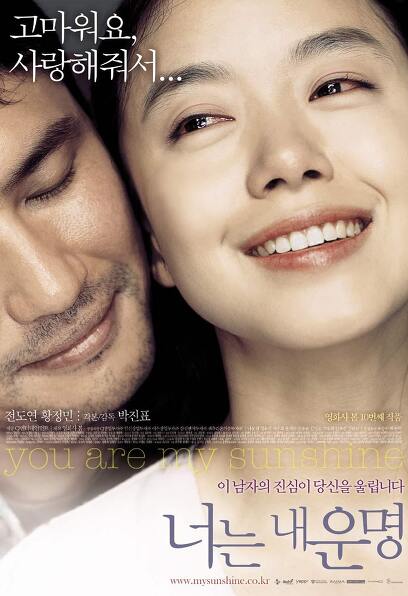 at Las… Love came to the life of a thirty-six-year-old bachelor.

Thirty-six years of waiting eagerly for the person you love to appear. An angelic woman passed me on a scooter. People say she's a coffee shop girl who just came down from Seoul. He said he would deliver tea and drink with other men. However, whenever I had time, I ran to the coffee shop to see her. Roses and freshly squeezed milk were presented to her. For the first time in my life, I bought a ticket because I wanted to be with her.

However, she says she doesn't need love.

She didn't take me easy. Saying you don't need love Then one day, I happened to see her tears. I learned that she, too, is in fact loved and wants to live a happy life. I wished I was the one who could wipe her tears away. So that day, I bravely confessed my heart. I will make you the happiest person in the world. And finally, she accepted my sincerity.

When I was with her, I felt like I had everything in the world. However…

She believed that happy moments would last forever, but an unforgettable past came to her. For her, who is struggling alone, she sold her entire property, a cow ranch and 5 bankbooks. Now, I believed that there would be no more obstacles to our love. But one day, she left me with only one letter. live happily I'm sorry. A few days later, I was told that she had AIDS. I am so worried that she will be ill. I need to be by your side

Everyone tells her to give up. But, I will protect her to the end.

Her family, friends, and the world all told her not to look for her. But I can't live even a moment without her. I have to protect her until I die, even if I die.

Because… she is my destiny.

1. A true story
Director Park Jin-pyo started writing the screenplay for <You Are My Destiny> with the motif of an article in the corner of a newspaper a few years ago. The director says to the reaction of those around him that the subject of AIDS is too unconventional and unfamiliar for a melodrama movie. In their love, he felt a sense of desperation that he had never felt in any other movie or drama. and question I think Eunha and Seokjung are having a hard time because of the prejudice of people who don't want to acknowledge their love rather than AIDS. <You Are My Destiny>, based on a true story, will instill confidence and courage that true love exists somewhere in the world to those who have a hard time love.

2.Indicative tear melodrama
<You Are My Destiny> does not talk about love back and forth. It depicts desperate love with sincerity and honesty in a direct way of speaking. So, in their love story, strength is felt as in the hands of the two protagonists, who hold each other tightly until the tendons burst. This fall, the movie <You Are My Destiny> will not disappoint. It will establish itself as a representative piece of tear-jerking melodrama that continues the genealogy of <Eraser in My Head>, <Letter>, and <Promise>.

3. The fighting spirit of actors
Eunha Station is going through a huge adversity called AIDS. It was a difficult choice for any actress other than the great actress Jeon Do-yeon. Jeon Do-yeon, who is confident about the love in the movie, came to the heart of every moment, hoping that Eunha's love would come true enough to tears at Eunha and Seok-jung's wedding, which was held with the production report.

4. Nationwide tour shooting
The appearance of 'rural villages' that have appeared in movies so far is not much different from what you see in TV dramas. Director Park Jin-pyo traveled around the country to find a place to set the scene for <You Are My Destiny> with the idea of capturing the beautiful countryside that he would like to live in at least once, rather than such a stuffed country image. In order to produce a beautiful but realistic scene, the main characters, Seok-jung and Eun-ha, traveled all over the country to find a place where they might have lived. The country that was born in this way is as honest and beautiful as the love between Seok-jung and Eun-ha.

5. Up to 30,000 melodramas nationwide
A preview of the sincere and heartwarming love story of the movie <You Are My Destiny> will be held in five cities across the country. The 30,000 current affairs, the largest ever for a melodrama movie, was determined by the confidence that Seok Joong's love can appeal to all people who believe in love and do not believe in love, in addition to women in their 20s and 30s, who are the main targets of melodrama. The premieres in Seoul, Busan, Daegu, Gwangju, and Daejeon are held not only in theaters but also in unusual places. 250 couples will take the <You Are My Destiny> train and have a preview at 'Ilregion'. <You Are My Destiny> is expected to touch the hearts of audiences across the country by adding heartfelt love to the emotions given by the movies <Family> and <Marathon>.

6. Meeting the movie <You are my destiny> and Shin Hye-sung's <Mirror> like fate
<You Are My Destiny>, a movie with tears and emotion, and Shin Hye-seong's <Mirror> with sad emotions met. The film and the music are so similar that it feels as if they were intended in that they sing about the heartbreaking love of a man who only looks at one woman. After watching the music video with a heartbreaking story and mournful vocals, Shin Hye-seong said, "The two actors' acting and sad content blended so well with the song that I almost shed tears." While watching the music video, a man's sincerity will be conveyed to protect the woman he loves until the end.

7. Share 'drunk talk' of love with actor Hwang Jung-min on the homepage
The special content of 'Drunk Joke' on the website of the movie <You Are My Destiny> draws attention with its unique composition and interactive aspect, in which main actor Hwang Jung-min recommends alcohol to netizens and tells the story of Seok-joong's <You Are My Destiny>. When entering the menu, Hwang Jung-min greets netizens in comfortable clothes at a small tavern that exudes warmth. Netizens will be intoxicated with Seok-joong's love story as they celebrate, ponder, and support Seok-joong, who is trying to protect his love through adversity.

8. Eunha and Seokjung sing “You are my sunshine”
Jeon Do-yeon and Hwang Jung-min sang the ending song of the movie "You Are My Destiny" as Eunha and Seok-jung. For the theme song, the foreign song “You are my sunshine,” which is the same as the English title of <You Are My Destiny>, was adapted to fit the story of Eunha and Seok-joong. It is common for actors to sing the theme song of a movie, but it is very unique that they sang while acting as the main character in the play. In particular, Hwang Jung-min, a former musical actor, deliberately concealed his skills and played Seok-joong's unpretentious voice. The childish but emotional ending song seems to raise a paradoxical question as to whether the love between Seok Joong and Eunha is more powerful because it is pure like children.