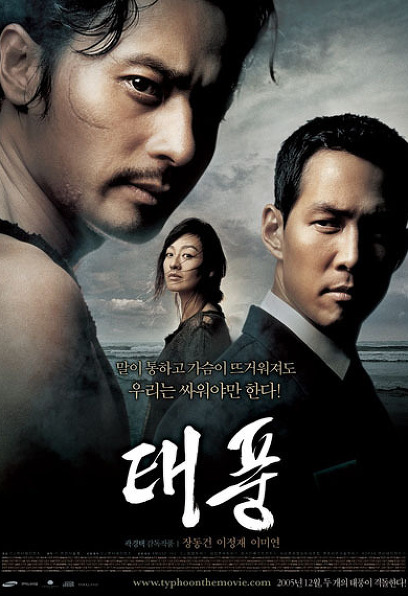 The maritime hijacking of a nuclear satellite guidance device, the Korean Peninsula is in danger!!
An incident occurs when a ship is being seized by pirates while operating in the sea 220 km northeast of Keelung Port, Taiwan. The NIS dispatches secret agents after receiving information that the stolen ship was loaded with a receiver kit, a nuclear satellite guidance device, and that the pirate who stole the ship was from North Korea.

20 years ago, a family who wanted to be embraced in the arms of Korea
The wounds of the forsaken turn into anger and turn toward the Korean Peninsula
Sin (Jang Dong-gun), a pirate who has lived day to day with the thought of blowing up the Korean Peninsula, has a receiver kit in his hand and is now trying to implement his long-standing plan. About 20 years ago, he tried to defect to South Korea with his family but was sent back to North Korea because the South Korean government was concerned about relations with China. a person who has lived In his heart, only deep-rooted anger and longing for his older sister, Myung-Joo Choi (Mi-Yeon Lee), who he broke up with when he was young, lives on.

20 years ago, the son who had to turn his back on his father on the last operation
Now, he, too, is risking his life for an operation of no return.
Meanwhile, naval captain Kang Se-jong (Lee Jung-jae), who is secretly dispatched, follows the traces of Sin in Bangkok and other places, and narrows the tracking network to Russia. 'Sejong' meets 'Choi Myeong-joo', the sister of 'Shin', who is living as a prostitute in the black market, and learns about their strange family history. However, 'Sejong', who has painful memories of his father who died for his country during the Samcheok spy operation, knows exactly what to do.

We can relate, but we can't be friends,
Instead of talking to you, you should aim the gun first…
A confrontation between two men who can neither be enemies nor friends begins!

'Typhoon', where director Kwak Kyung-taek and top star Dong-gun Jang met, also boasts the largest Korean film in terms of scale.
'Typhoon', with a net production cost of 15 billion won, allows you to enjoy the scale of the movie with its vast images shot between Russia and Thailand.

Two men who are neither enemies nor friends!
Endless anger towards the Korean Peninsula
It unfolds as a moving drama!

<Typhoon> adds a special touch to the drama with a strong, moving line. The relationship between the pirate 'Sin', who has great anger towards the Korean Peninsula, and 'Kang Se-jong', who is an enemy but feels heartbreaking compassion and friendship, is intertwined with the tragic reality facing the Republic of Korea. The two men, who could neither be enemies nor friends, are victims of this era, who must share a painful sorrow in the whirlwind of fate.

Sejong Kang, who learns of the sad past of Sin, who was abandoned by both North and South and had no choice but to live as an incarnation of anger, through his older sister, Myeong-ju Choi, is shaken by his cold rationality. However, Sejong Kang, who heads to the sea with his colleagues in search of 'Shin', has a mission to protect his country and family even at the risk of his life. Young people of the same age who share the same face and speak the same language have to point their guns at each other, and tragedy begets another tragedy.

The inevitable confrontation between the two men that flows throughout the film is the task we are facing now, and is the reason <Typhoon> has to meet with all the audience. The wounds of the divided country, which are gradually fading away, melt into the story of the two men, and the painful events shown in <Typhoon> are not just material to add to the fun of the movie, but a meaningful question the world asks about the increasingly forgotten reality of division. .

The best staff in Korea!
With the perfection of technology that has never been attempted before
A new leap forward!

The technological leap of <Typhoon> was achieved not with the highest production cost, but with the pride of the staff who boast of being the best in each field and their constant challenging spirit. In addition to cinematographer Hong Kyung-pyo of <Taegeukgi Waving>, special makeup Shin Jae-ho, special effects Jeong Do-an, CG's Jong-ik Kang, as well as numerous staff members researching and developing to direct each scene, traces of sweat can be found throughout the film.

For example, <Typhoon> presents a new technology comparable to Hollywood technology. The special water tank set with a large-scale gimbal device that has been implemented only through overseas filming and has never been attempted in Korea is one of the core technologies that <Typhoon> has realized.

The crew of <Typhoon>, which had to build a ship and create waves in the set, put a whole 12-ton life-size deck set on top of it, and put it in the middle of a stormy sea through a gimble device made of three axes: east-west, north-south, and top and bottom. I was able to make the action on board the ship realistic.

With the belief that there is no meaning if not developed, they achieved a new technological challenge for Korean films through <Typhoon>, and they played the role of a driving force in upgrading Korean films by showing a video that has evolved one step further based on their know-how and condensed technology. did.

*Gimbal_ A device that can freely control the movement of a large-scale set such as a ship or an aircraft up, down, left, and right

Jang Dong-gun, Korea's best actor, Lee Jung-jae, who has returned with full of charisma, and Lee Mi-yeon, Korea's leading actress. The meeting between these three people and director Kwak Kyung-taek, a box office hitter in the Korean film industry who leads the project, is a huge driving force leading to <Typhoon>, where you can feel strong power just by listing their names.

Jang Dong-gun, who is working with director Kwak Kyung-taek for the second time following <Friend>, has lost more than 7kg for the character 'Scene' full of anger, and shows a true actor by showing fluent foreign language skills, including Thai and Russian. .

Lee Jung-jae, who was cast early with various acting skills that crossed genres and transformed into 'Kang Se-jong', a navy special warfare officer full of justice, is predicted to dominate the screen as a man with a strong image through high-altitude fall and martial arts training he has learned for several months.

In addition, Lee Mi-yeon, who fatefully joins the role of 'Shin''s older sister 'Choi Myeong-ju', makes you feel the essence of acting as a woman with a tragic fate who leads the main drama of <Typhoon> in the center of the confrontation between the two men.

Director Kwak Kyung-taek, who has achieved a box office success of 8.2 million by unraveling powerful men's dramas with his unique directing skills through <Friend>. In this project with a production cost of 15 billion won, the drama of the fateful meeting and confrontation of two men is tightly woven vertically and horizontally, showing a tense action that crosses the land, sea, and air.

A global project!
Filming in 3 countries utilizing the characteristics of each location!
A feast of sights unfolds!

1. Thailand, the country of 'Sin'_Location in Bangkok, Krabi

Bangkok: Bangkok Airport, perfectly reproduced with a set!
In order to film the airport immigration control scene of 'Kang Se-jong' who came to Bangkok to track the 'scene', the set was perfectly reproduced as if the departure control counter at Bangkok Airport was moved to the Siam University exhibition hall located in the center of Bangkok. The set was built in the same shape as the Bangkok airport, and the posters brought from the actual Bangkok airport were used to further perfection. In particular, the action that took place while 'Kang Se-jong' was stopped at the airport departure checkpoint was a scene that clearly showed how hard Lee Jung-jae had been practicing martial arts. Lee Jung-jae showed off his normally trained motor skills and received applause from all the extras and staff at the scene with a more realistic action than in reality.

Krabi: The home of the pirate 'Sin', a gypsy village is established!
On an island near Krabi, Thailand, which is famous as a vacation destination, a gypsy village, home of the pirate 'Sin', has appeared. This scene, set as a stronghold of pirates, has the most important spatial characteristics expressing the present life of the character 'Sin', and at the same time serves to provide a very exotic feeling. A road was made in the forest, a house made of six trees was built, and even domestic animals such as chickens and dogs were released to form a village that actually exists. Krabi's gypsy village was completed with the appearance of a new character, the pirate 'Sin', which had never been shown there. However, the production team of <Typhoon>, which had to fight fiercely with the sweltering heat, finished filming by enduring the hardships in unimaginable conditions, such as raw meat prepared as props cooked in 2 or 3 hours.

Vladivostok: The clash between 'Shin' and 'Kang Sejong', the black market
Vladivostok, Russia, is a city of cold gray tones, a place where two characters, 'Sin' and 'Kang Se-jong', clash head-to-head. The meeting between 'Shin' and 'Kang Se-jong' and 'Sin''s sister 'Choi Myeong-ju' takes place against the dark black market in the background, so it was not easy to shoot because it was a cold city where the sun did not set until 11 pm. However, the full support of the Russian Vladivostok Film Commission and the tireless collaboration of actors and staff doubled the performance of Russian filming. The fate of two men who can never become one, and the heartbreaking story of two brothers and sisters, the beginning of all these stories, is intertwined and the drama of <Typhoon> blends well with this expressionless and chilly city, adding to its tragic atmosphere.

Busan: A breathtaking chase unfolds!
In Busan, which became the main stage of the domestic location, a breathtaking chase between 'Sin' and 'Kang Se-jong' across the road and sea unfolds. Lee Jung-jae directly performed the car chasing scene of 'Kang Se-jong', who was chasing after 'Shin', without a double, and Jang Dong-gun drove a water motor boat directly in Haeundae, showing the tense situation of the chase realistically. In addition, major scenes of <Typhoon> were filmed in Busan, such as Gwangan Bridge using a flycam and Suyeong Bay Yacht Stadium, where about 300 Japanese fans participated as extras.

Goheung: Realizing the dream of new technology!
In the special filming set of Goheung, each part set of the typhoon that had been prepared for several months and the first large-scale gimbal device for a Korean movie were installed, creating realistic marine action of the typhoon. In order to capture the real waves and the shaking of the ship in Korea's largest indoor set of about 1,000 pyeong, the staff used 1,200 tons of water in March when the cold air remained, overcoming the pressure of the water cannon, the wind, and the cold waves to shoot without shaking. was engrossed