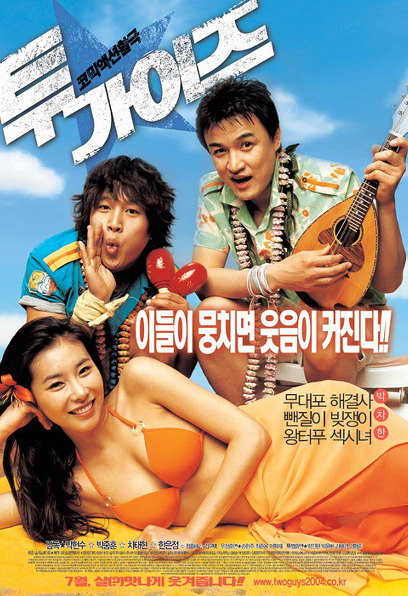 Hoon, who works as a white man by day and as a surrogate driver at an entertainment establishment by night, is a so-called 'Casano Bada' of a rookie (?). The only thing he knows how to do is drive and seduce women. Like a card gangster, Hoon suffers from all kinds of debts, but he is a 'bad guy' with no will to pay it back.

Then, one day, a terrifying enemy appeared in front of this wretched man, and he is a legendary (?) existence in the loan industry, taking care of bad debtors like 'Hun'. Joong-tae introduces himself as a grim reaper, fancies him like a dog from the first meeting, and threatens to take Hoon's kidneys instead of money if he can't pay off his debts within 24 hours.

The unidentified bag that appeared in front of them, and the big deal of a lifetime!!

In the end, Joong-tae followed him to the nightlife where Hoon worked. The two eventually accompany a drunken foreigner's surrogate driving and find out that the car has been reversed only when they arrive at their destination. The two managed to calm a foreigner who was furiously angry by asking him to retrieve the bag in the car, but after an argument, the two of them agreed to go to retrieve the bag.

Meanwhile, Joong-tae, who was caught as a hostage while looking for the bag, witnesses the scene of a foreigner being murdered by a group of assailants right before his eyes and is confused. In addition, Joong-tae and Hun, who have lost their owner's bag in their hands, are attacked by gangsters and are threatened with life. Jung-tae and Hoon, who instinctively smell the money, propose a once-in-a-lifetime deal with an unidentified organization trying to retrieve the bag…

Will they be able to get the money and run away safely?