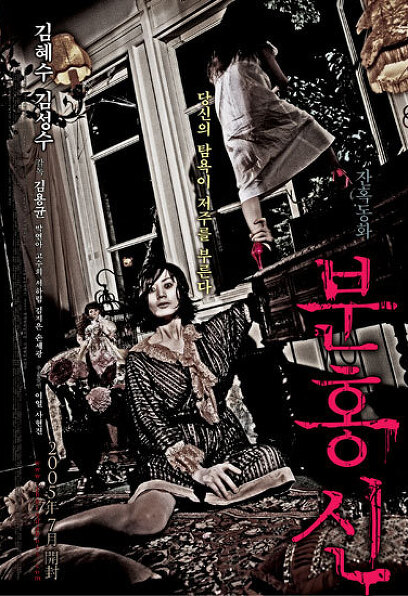 pink shoes seduce you
Late at night, a sparsely populated subway platform. Someone's gaze stays A high school girl looking at the pink shoes that radiate the light of seduction from the corner of the bench. The moment he takes off his tick-tock shoes and puts one foot in the pink shoe, a sigh of uncontrollable excitement escapes. However, another high school girl suddenly approached. He takes the pink shoes from her and suddenly disappears into the darkness. Again, again and again… A girl in pink shoes walking down a dark underpass as if dancing. At some point, again, again, again, again… Another sound of shoes is heard in the darkness, but no one is around. The girl who had run away from fear felt unbearable pain in her ankle and looked down at her leg and saw that the ankle was not cut off. A girl who died of blood with her ankle cut off.

Seon-jae, a woman who is seduced by the pink shoes
Seon-jae (Kim Hye-soo), a woman who finds a pink shoe that appears to have no owner in the subway passageway. Falling in love with the pink shoes, he secretly picks up the shoes as if stealing them and leaves the place. lord's house. Passing through the shoe display case where various shoes are densely stacked, she headed to the bathroom and looked at the mirror reflecting herself in pink shoes as if intoxicated. Outside the door is her daughter, looking at her coveted pink shoes. Seon-jae is obsessed with the pink shoes, and his daughter, Tae-soo (Park Yeon-ah), tries to steal the pink shoes from her. In the mirror in the bathroom where the two left, there is a video of a girl holding blood-stained pink shoes.

The woman who stole the pink shoes falls into a curse
The house where Seon-jae and Tae-su have a nervous battle over the pink shoes. Seon-jae's junior, who appears there, secretly steals the pink shoes and comes out. I believe in pink shoes, she seems to have changed. Concentrating her attention with her cunning gait, she can't hide her excitement at the envy of those around her. But soon, her gait twists like a dance, guided by a force she can't control, like the girl in Andelsen's fairy tale 'The Pink God', and she dies with her ankle cut off by the glass in the show window.