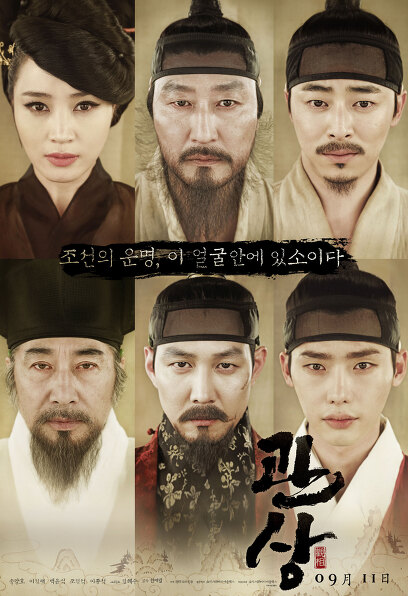 A man's face contains all three things in the world!

A genius contemplative artist who sees through everything about that person by looking at his face. After living in the mountains with his brother-in-law 'Paengheon' and son 'Jinhyeong', he heads to Hanyang at the suggestion of 'Yeonhong', a gisaeng who sees contemplations, and takes care of people's contemplations in Yeonhong's Kibang. Around the time rumors were circulating on the floor of Hanyang as a brave admiral, 'Naegyeong' received an order from 'Kim Jong-seo' to help the Saheonbu and hire talented people, so he entered the palace. Rowoon tries to change the fate of Joseon.

In this way, a person's face
As the laws of nature, everything in the world is contained.
It is a universe in itself.

– <Contemplation> from the lines of the inner Gyeonggi –

[ About the movie <Contemplation>]

“He had a very good contemplation”.
Judging a person's fate, personality, lifespan, etc. by looking at a person's appearance, facial appearance, or a person's face, that is 'contemplation'. Contemplation, which is said to have been introduced to Korea during the Silla period, was the most active during the Goryeo and Joseon dynasties and developed into contemplation. Moreover, interest in contemplation is not just a story of the past. We, who are living in the 21st century, still believe in contemplation and are influenced by contemplation. Distinguish between good and bad, and strive to become a good one. Not only that, as plastic surgery technology develops, plastic surgery is performed with a suitable prize to find a good mate or get a good job. In this way, regardless of the times, contemplation is implicitly like a custom and root that is deeply rooted in our lives.

This contemplation is treated as the subject of the movie through <Contemplation>, the hottest topic in 2013. Writer Donghyuk Kim, who won the Grand Prize in the 2010 Film Promotion Committee, created a detailed and solid story with a unique material called 'Contemplation'. It was born into an attractive film. The movie <Contemplation> is a work that depicts the story of Joseon, where the king's seat is at stake, and a genius contemplative who sees the future through his face tries to change the fate of Joseon. It contains one huge story, from the strange fate of a person who jumped into the storm, to the passionate fatherly love, and to the desires of groups of people as diverse as their faces. In particular, the setting in which a contemplative artist enters the palace and exhibits extraordinary abilities in recruiting talents and, furthermore, discovers rebels through contemplation is enough to stimulate curiosity about the deep connection between the subject of contemplation and historical events. Not only that, it will surprise you with the power of contemplation, which goes beyond a simple concept of interest and determines the fate of an individual and a country. The movie <Contemplation>, which started from the subject of contemplation, which everyone is curious about regardless of age, and created a huge story that penetrates history, is expected to heat up Korean theaters in the second half of 2013.

Song Kang-ho, Lee Jung-jae, Baek Yun-sik, Jo Jung-suk, Lee Jong-suk, and Kim Hye-soo!
The strongest casting in Korean film history, which is not enough to say that it is splendid!

“What an amazing combination!”
The movie <Contemplation>, which is about to be released in September, has already been ranked in the top search terms on portal sites several months before its release, and has recorded a high rating of 9.77 (based on Naver 8/1) with 900 netizens' expected comments. . <Contemplation> has been receiving a lot of attention even before its release. It is no exaggeration to say that the driving force is the strongest casting in the history of Korean films, which cannot be said to be splendid. Song Kang-ho, Lee Jung-jae, Baek Yun-sik, Jo Jung-suk, Lee Jong-seok, and Kim Hye-soo, <Contemplation> realizes a dream casting that has not been seen in any other films, and makes the audience a 'must see movie that can be trusted and seen just by casting'. It had a reputation early on.

Song Kang-ho, the most preferred actor by Korean audiences, took on the role of 'Nae-kyung', the best contemplative singer in Joseon. Boasting a strong filmography from <Memories of Murder>, <Monster>, <Family Brothers> and the recently released <Snowpiercer>, he is expected to move the audience's hearts with his dazzling performance that crosses humor and charisma in <Contemplation>. Lee Jung-jae and Kim Hye-soo, who worked together in <The Thieves>, which mobilized 13.2 million viewers last year and broke the box office record for Korean films, joined the roles of 'Sooyang Dae-gun', an ambitious king, and 'Yeon-hong', a gisaeng who sees contemplation with a nun. Lee Jung-jae and Kim Hye-soo, who have proven their unparalleled box office power, played the most attractive villains in history, gisaengs with eight colors of charm. In addition, Baek Yoon-sik, who showed a heavy presence in works such as <Tazza> and <Taste of Money>, takes on the role of 'Kim Jong-seo', a servant who wants to protect the king, adding to the weight of the play. Lastly, Chungmuro Blue Chip Jo Jung-suk, who swept the Rookie of the Year award last year with <Introduction to Architecture>, and Lee Jong-suk, who emerged as a popular man through the recent drama [I Can Hear Your Voice], take on the roles of Nae-kyung's brother-in-law 'Paeng-heon' and Nae-kyung's son 'Jin-hyeong'. responsible for blood The two actors, who challenged their first historical drama for the first time in their acting careers, sometimes play a central role in the story, sometimes licorice, and breathe life into the film. As such, <Contemplation>, which boasts the strongest casting in Korean film history, will bring great joy to the audience just by watching the actors' performances.

<Contemplation> made from their fingertips, eyes, and ears
The essence of well-made luxury historical dramas!

“It’s different. I will confirm it with my five senses!”
The movie <Contemplation>, where the best actors in Korea gathered in one place, not only the actors and directors, but also the staff with the best skills, created a truly luxurious historical drama.

First, cinematographer Nak-seon Koh of <War Against Crime: The Golden Age of Bad Guys> and <Five Senses> was in charge of filming and lighting at the same time in <My Thug-like Lover>, <The Voice of the Guy>, <Those People>, and <Ballet School>. > was named as the lighting director for works such as Nak-seon Koh, a cinematographer who is famous for using light to capture unique textures as he deals with lighting and filming at the same time, will use various light and shooting techniques in <Contemplation> to present beautiful images with different tempos. In addition, art, one of the most important elements of a historical film, was directed by Lee Ha-jun, the art director of <The Thieves>, <The Maid>, and <Blue Salt>. Art director Lee Ha-joon, who has won art awards at major film festivals and has a high understanding of historical dramas through <Beautiful Island> and <The Court Lady>, built a large-scale set that looks like a real Geunjeongjeon in <Contemplation>, and even small props were made by artisans. Using the best works, a dense screen was created. It is not an exaggeration to say that it is an exaggeration to say that the costumes that are called the hidden flowers of historical dramas and that act as the most important device to express the characters are from <The King's Man> to <The Court Lady>, <Like a Flame, Like a Butterfly>, and <Pyongyang Fortress>. The manager took over. From costumes that confirmed the times to stylish clothes that added modern splendor, he added new ideas along with thorough research on materials and designs to create costumes unique to <Contemplation>. Music director Lee Byung-woo joins here, and it captivates the ears of the audience. Regardless of genre, he is the best music director in Chungmuro, already known for his gem-like music presented in works such as <The King's Man> and <Janghwa Hongryeon>. The audience's anticipation is already rising for director Lee Byung-woo's new music, which plays music that matches the mood of the movie 100% while sticking to his style. In this way, <Contemplation> will be the best movie that will satisfy the eyes and ears of the audience, with the best staff's touch from filming, art, costumes, and music.