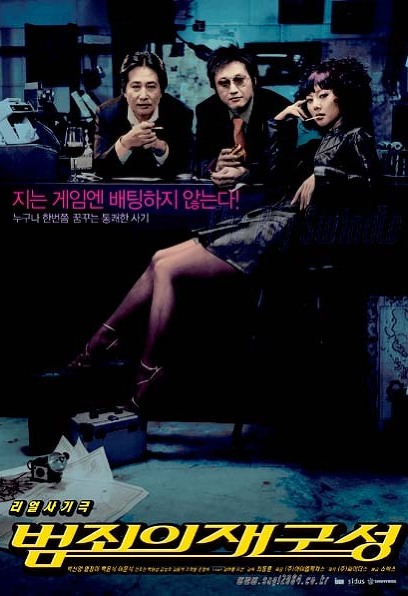 Choi Chang-hyeok (Park Shin-yang), who has been out of prison for a month, plans an interesting fraud case. It is the biggest bank scam in history that every 'snuggler' would dream of at least once.

Five scammers become 'one team'. Will it be successful?

Including perfect synopsis developer Choi Chang-hyeok, the godfather of scammers 'Kim Teacher' (Baek Yun-sik), the best talker 'Eolmae' (Lee Moon-sik), the natural female killer 'Swallow', and the fantastic counterfeiter 'gasoline'. These five top 'slayers' formed a team. They move for one goal, but they don't trust each other and they all have different intentions… Can they really succeed?

The impregnable 'Bank of Korea' suffered. But the results are not disappearing!

Successful withdrawal of 5 billion won from the Bank of Korea! But no results. They all scattered, and the money disappeared. A perfect plan with no flaws. What was the problem?

Another conspiracy to be revealed. Whose trap are you in?

As the investigation network is narrowed, an injured 'Eolmae' is arrested, and 'Gasoline', who was running away, is caught at a gambling house. 'Swallow' is also found empty and cold. If so, is this all another fraudulent play by 'Kim's whereabouts' still unknown? Or is it another synopsis of 'Choi Chang-hyuk' who planned this scam?

One decisive tip call. Find her!

'Chief Cha' (Chun Ho-jin) and the police, who are tracking the case, find out that the decisive factor that led to the investigation of the Bank of Korea fraud is a phone call from a woman. The suspect emerged as a femme fatale scammer Seo In-kyung (Yeom Jeong-ah). Although she was not part of the drama of the Bank of Korea, she, who lives with Mr. Kim, has always been around them. So, is she the decisive informant?

Five thieves commit the biggest theft in history against the Bank of Korea. The result is a huge success, but the money disappears everywhere. In the process of tracing who's at fault, a conspiracy that no one expected is revealed. The first full-fledged crime thriller attempted in Korea. Its elaborate storytelling, superb acting ensembles and delicate cinematography earned acclaim and was a huge success at the box office. There was also the discovery of Baek Yoon-sik, a middle-aged actor with a strong presence. (The 9th Busan International Film Festival in 2004)