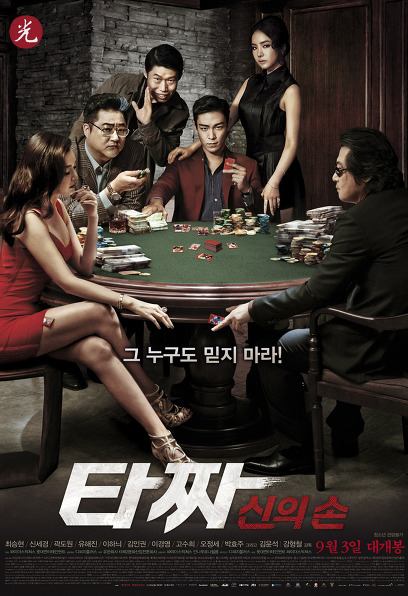 Dae-gil (Choi Seung-hyun), who resembled his uncle 'Goni' and showed extraordinary dexterity and a desire to win from a young age, leaves his hometown and makes his splendid debut as 'Tazza' at a house in Gangnam, Seoul, but loses everything in an instant and accidentally becomes 'Goni'. He meets 'Ko Gwang-ryeol' (Yoo Hae-jin), who was his partner. 'Dae-gil', who was traveling around the country with 'Ko Gwang-ryeol', is a fight between the 'Tazzas', from 'Jang Dong-shik' (Kwak Do-won), a loan shark of absolute evil, to the legendary tazza 'Angie' (Kim Yun-seok). I am doing…