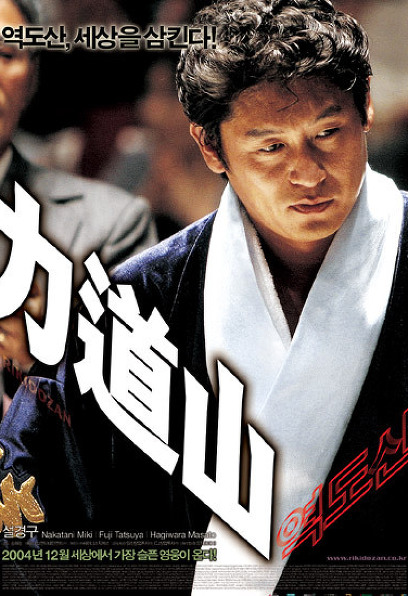 A street in Tokyo, Japan at midnight on December 8, 1963.
In the car rushing through the heavy rain
Japan's best professional wrestler, Weight Dosan, is breathing heavily.
With the white shirt gradually stained with red blood, with the hands of Dosan Yeokdo-san clutching his stomach
blood seeps out
10 minutes ago,
While drinking at the club, Dosan was hit by someone's knife.

The man who had the whole world but couldn't laugh

September 1950. Yeokdosan is in the reality that unless you are a pure Japanese, you can't rise to the top.
give up sumo
Yeokdosan, who spent his days fighting with alcohol,
Like fate, he meets 'wrestling' and crosses the Pacific Ocean without any regrets.
Returning as a professional wrestler two years later, Yeok Do-san was on the day of the historic first match.
Beating an American wrestler with a karate chop
He emerges as a national hero of the Japanese, who had fallen into a sense of loss due to defeat.
But the moment I thought I had it all,
Yeokdo-san's life begins to go awry…