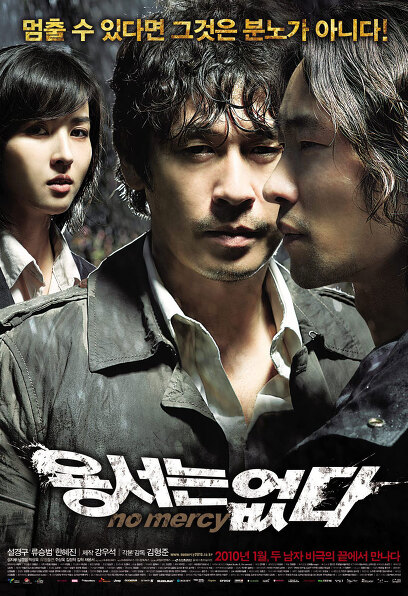 Six pieces of a woman’s body… An unprecedented murder has occurred!
Prof. Kang Min-ho (Sol Kyung-gu), the most talented autopsy in the forensic science department. While organizing his work to spend more time with his only family, his daughter, he is commissioned for the last case. The shard murder case found in the Geumgang River. It is an unprecedented case where the corpse of a beautiful woman in six pieces and even one arm disappeared. Min Seo-yeong (Han Hye-jin), a hot-blooded female detective with excellent reasoning and action skills, deduces the suspect as Lee Seong-ho (Ryu Seung-beom).Only one suspect… It’s not an accidental murder!
Lee Seong-ho is an environmental activist who spreads eco-friendly eco-agriculture and lives frugally, and is respected by local residents. Seong-ho Lee, who was meekly brought to the police station by detectives, proudly states that he committed the murder in a performance to oppose the Saemangeum reclamation project. With Lee Seong-ho’s confession, the investigation seems to be rushing, but the investigation team struggles to solve the case due to evidence that goes wrong every time.The case is not over. It’s just the beginning of another event…
While Min Seo-young and the homicide detectives are struggling to find decisive evidence, Kang Min-ho’s daughter disappears. After learning that Seong-ho Lee is involved in the disappearance of his daughter, Min-ho Kang goes to see him, and Seong-ho Lee offers a dangerous deal that he can save his daughter if he finds out the clues and secrets he left on the body.

You can never stop until you see the end!
An unavoidable confrontation begins between an autopsy doctor, who has to track down the clues left on the body to save his daughter’s life, and a killer who holds a secret that predicts a serial murder.

Explosive acting power and charisma Seol Kyung-gu vs. Inimitable personality and acting style Ryu Seung-beom
Their hot meeting begins!
Seol Kyung-gu and Ryu Seung-beom, the representative actors of Korea who boast the best acting skills and star power, finally met. Since they are two actors who have built their own acting world through various works that represent Korean cinema, the movie <No Forgiveness> that they meet will fill the screen with just the charismatic confrontation between the two actors.
Seol Kyung-gu, an actor who impresses the public with his unstoppable passion and acting skills. He returns as Kang Min-ho, an autopsy specialist who must save his daughter’s life from a murderer through <Forgiveness>. For the role of a talented autopsy, he added realism to the character, such as conducting an autopsy directly with Dr. Han Gil-ro, who boasts the highest authority in Korea, for the role of autopsy, while losing weight and having a sophisticated fashion sense. will be presented.
Ryu Seung-beom, the owner of a unique personality, is the actor who will have a tight acting battle with Seol Kyung-gu. It is not an exaggeration to say that he makes all the roles ‘Ryu Seung-beom-hwa’. That is the reason why we are looking forward to the unique killer acting that only Ryoo Seung-beom can do. The two actors, Seol Kyung-gu and Ryu Seung-beom, have the best charisma and acting skills in Korea. <No Forgiveness> is already attracting attention as the most anticipated work as a horrifyingly perfect acting ensemble they will show.

An unprecedented murder case, a murderer full of doubts, the beginning of another case…
Compete with a powerful authentic thriller!
It is no exaggeration to say that the thriller, which was considered a genre to be avoided in the Korean film industry due to the high level of perfection shown in films such as <Memories of Murder>, <7 Days>, <The Chaser>, and <Mother>, has recently reached a revival. In order to meet the expectations of the rising audience, the most important thing is the solid perfection of the film. <No Forgiveness> is not simply an interesting and stimulating material or a trivial reversal if you know it, but rather arouses the curiosity of the audience. it’s a movie As an unprecedented murder takes place and we follow the mysterious clues and evidence, a bigger case hidden behind the scenes awaits the audience. With a tense confrontation thrown into a cruel fate and a tragic ending, the film clearly reveals the inner side of a human being stained with wounds and guilt. The movie <No Forgiveness> is armed with charismatic hot performances by actors who can be said to be a prerequisite for a high-quality thriller and a speedy development full of urgency. <No Forgiveness> will be remembered as a powerful authentic thriller that faithfully and heavily follows the basic formula of the thriller genre that touches the hearts of the audience.

A different kind of cinematic fun
The world of Korean forensic investigation unfolds on the screen!
With the popularity of various American TV drama series, the public’s interest and level of knowledge in criminal investigations such as forensics and profiling have increased. However, Korean films and dramas have not yet been able to capture the real world of scientific investigation and autopsy. For the first time in a Korean film, <No Forgiveness> reveals the entire world of Korean forensic investigation. The scenario, which was created as a plan over two years, was based on interviews with numerous forensic officers and autopsy doctors working in the field and thorough data research, making every word and every action come alive. In addition, with the strict advice of Dr. Han Gil-ro, Korea’s best autopsy specialist, he focused on realizing even the smallest parts of the film. In particular, Seol Kyung-gu, who appeared as an autopsy surgeon, received autopsy training from Dr. Han Gil-ro and was reborn as a professional autopsy surgeon. The autopsy scene, which is released for the first time in Korean film history, is filmed with the unique sense of cinematographer Kim Woo-hyung, providing the audience with a realistic indirect experience. In addition, the set that perfectly reproduces the autopsy room and analysis room of the National Forensic Research Institute, and the production design that realistically expresses the mutilated body of a woman will give the audience a different kind of cinematic pleasure.