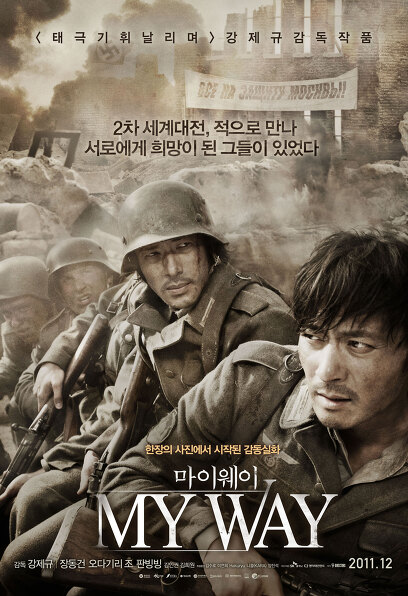 What they couldn't give up was hope, not life.

Gyeongseong in 1938.
Jun-sik (Jang Dong-gun), a young Joseon youth who dreams of becoming the second Son Ki-jeong, and Tatsuo (Jo Odagiri), the best marathon runner in Japan.
The two young men, who have had a strong competitive spirit with each other since childhood, grow into rivals of the century representing Joseon and Japan, respectively.

Then one day, Jun-sik gets caught up in an unexpected incident and is forcibly conscripted into the Japanese army.
A year later, he meets Tatsuo, who has become a captain in the Japanese army, and has a fateful reunion.
Two young men thrown into the maelstrom of World War II gradually become each other's hope as they go through a 12,000km war that goes through China, the Soviet Union and Germany to Normandy…

Two young men from Joseon and Japan who met as enemies and became each other's hope
A drama of human love that transcends nationalities begins!