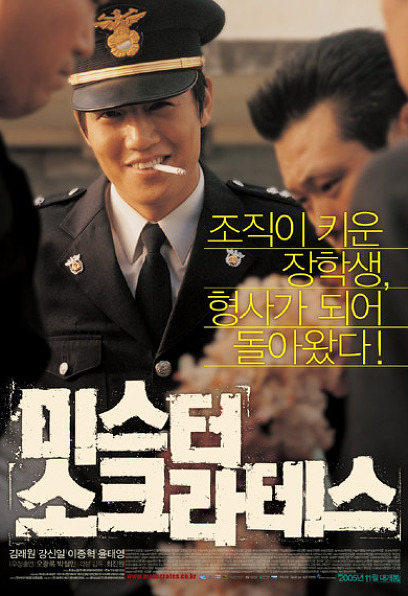 Time of Fury Fury_ You guys picked the wrong person!

Such a nemirel… I ran out of money, so I went to a decent Kkondae, and then they said nothing to me asking for money back. I don't have any money to spend right now, but it's a young chi-geum… I get a call from a friend of mine while I'm picking up my ear canal at Dongpil's nagging me. Please come quickly and ask for help. bingo! There was this guy! I've been wanting money to live for a while. But… huh? Come on, this is no joke. This bastard is killing someone by himself and crying and screaming and making a fuss… No matter how accidental it may be, how can we get past this? I reassured him that he would take care of it, and I went outside, turned on my phone, and dialed 112. "There's a murder here. I think the culprit is just at the scene. Come quickly…" Puck!
When I opened my eyes, I was in an unfamiliar place. Some good-natured bastards surround me like a monkey in a zoo. And you keep asking weird questions. what? pass the test? This is far away! OK? Wait… what are you going to do with me locked up here? You want to raise me?!

The second birth period_ I finally found it. As a truly vicious person…!

“… this time, please choose people more carefully. Due to the nature of our work… the human beings we need can't even know their parents or siblings and sell their friends… In a word, you bastard! There are humans who are born as bastards…”
That guy I've been watching for a long time, he's the worst. It would be perfect for a guy like that… Hey… Mr. Donghyeok Koo You're going to start studying with us here from now on. If you smoke or try to run away, life will become more tiring. So just do what we tell you to do. Huh… are you going to try it now? Then start lightly with a stick, then stick in the water for an hour or two, and if that doesn't work, dig into the ground and do what we tell you to do! Reason? purpose? There is no such thing. All you have to do is pass the 'police exam' and become a homicide detective… So… what are you going to do?

A new attempt to break away from the stereotype!
All that only <Mr. Socrates> can show!!

All films put a lot of thought before the production stage to find a color that can only be shown in their own films. The basic color of the movie chosen by the director and cinematographer of the movie <Mr. Socrates> is 'blue'. As much as a noir touch of criminal action is added, the contrast of 'black and white' is not excluded as much as 'blue'. Unlike Hong Kong action movies or Hollywood gangster movies with strong contrast and bloody, contrasting colors, it is not the traditional 'noir' of color. It will show a new 'Noir' in the cinematic aspect in preparation for Filming is mainly done at night to bring out the dark and heavy feeling of the video.

The music of the movie <Mr. Socrates> is expected to be filled with music that feels a bit rough and has a B-grade emotion like the character of 'Donghyuk Gu' rather than a refined and refined feeling. Music director Seong Ki-wan, who is in charge of the film's music, is a member of the indie band 'Line 3 Butterfly'. In particular, in the case of action scenes, unlike the existing fast beats with light rhythmic music inserted in line with the flow of the action, we are trying to present music with a sense of scale with the rustic feel and non-rose unique to the <Mr. Socrates> action scene. In addition, the theme song and opening song of 'Gu Dong-hyuk' had already been prepared before filming, but as music director Sung Ki-wan, he showed confidence that he would fill the introduction of the movie with a very fast and intense beat of music. .

Team leader Kim Hyang-hee, who was in charge of the costumes of strong men in the movies <There is nothing to see> and <Strike Seoul>, will present attractive costumes that match masculine characters with a promise to “upgrade the perfection of the work through costumes.” . Team leader Kim Hyang-hee, who has a working principle that costumes should not be separated from the concept of the work, said that he would show everything that was not shown in previous works by obtaining full rights to the costumes from the director. It is to break away from stereotypes and show characters more freely.

First of all, the character 'Gu Dong-hyuk' (Kim Rae-won), a character of his own choosing, expresses his freedom with a colorful tropical T-shirt based on primary colors and gives a strong impression, and 'Beom-pyo' (Kang Shin-il), a human trainer who raises 'Gu Dong-hyuk' as a homicide detective, is a Chinese character. With a black suit, he will express a heavy charisma that is different from the existing members of the organization. ‘Chief Shin’ (Lee Jong-hyuk), who will work with ‘Gu Dong-hyuk’ in the second half, is expected to have a stylish yet minimalist formality with a solid color suit by utilizing the feeling of a homicide detective chief and the elite setting of a senior police officer. The costumes of the movie <Mr. Socrates> will enhance the perfection of the work by maximizing the characteristics and feelings of each character.