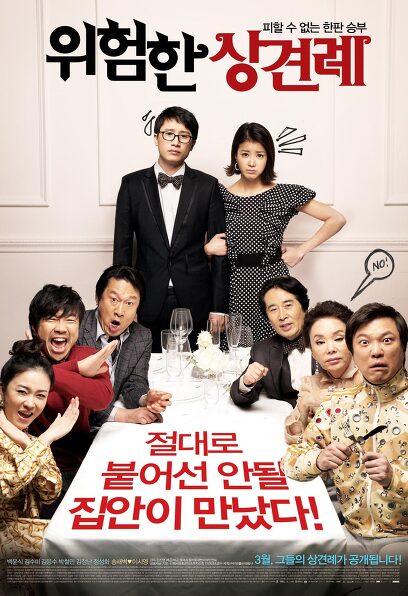 Mr. Dahong, we are inexperienced in life~
Oh I don’t know, Hyunjun
Hyeon-jun, a pure young man from Jeolla-do, who works under the pseudonym ‘Local’. He grew up in love with Da-hong, a woman from Gyeongsang-do, whom he met at a pen pal, and decided to marry her when Da-hong said that he had to see the line under his father’s coercion. However, because of Da-hong’s father, who is a man from Gyeongsang Province to the bone, a situation arises where Hyeon-jun has to hide that he is a Jeolla-do man…I thought if I loved you, I would get married…
A man’s risky matchmaking to win love begins!
Hyun-jun transformed into Apgujeong-nam after undergoing special tutoring in late Seoul. Finally, he heads to Da-hong’s house in Busan to receive approval from the marriage, and meets the Da-hong family. Starting with Unbong, Da-hong’s rather gloomy brother, Yeong-ja, an old virgin who is trying to find the scars of Hyeon-jun, the mother of an elegant Seoul woman who has never been outside the Gyeongbu Line, and Yeong-gwang, a super-powerful opponent who throws a baseball instead of shaking hands at the first meeting. Hyeon-jun’s father followed him, even his older brother Dae-sik, who was sent as a spy.
Will Hyun-joon be able to overcome all these difficulties and achieve love with Da-hong?