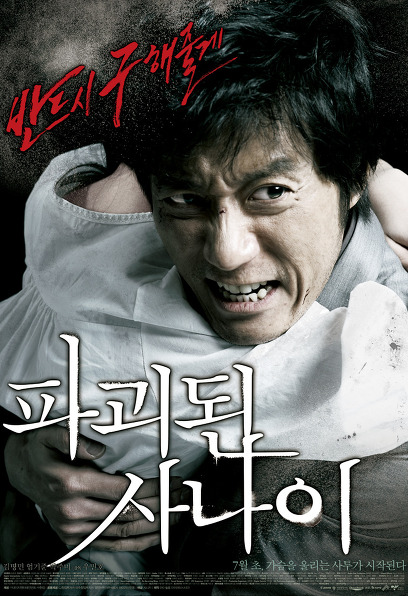 I lost my daughter… I’m dead
Pastor Joo Young-soo (Kim Myung-min) lives in a happy family with his wife Min-kyung (Park Joo-mi) and 5-year-old daughter Hye-rin with unwavering faith in God. Then one day, Hyerin is kidnapped. The two earnestly pray that their daughter is safe, but Hyerin does not return in the end.

Eight years later, the dead daughter appeared with ‘Nom’!
Be sure to save this time!!
Joo Young-soo, who has lost all of her faith in God.
He does not give up his belief that his daughter will be alive and lives a depraved life, ignoring his wife, Min-kyung, who will find Hye-rin until the end.
Eight years after the child was abducted, he received a phone call. Her daughter Hyerin, who she thought was dead, appeared with the kidnapped person 8 years ago.
Joo Young-soo, who thinks this is her last chance, starts a fight to save her daughter.

Those who are going through the saddest breakup in the world…

your love and interest
Bringing children back to their families.

November 1991 Masan
Infant who lived in Suwon, found in Masan with the efforts of parents who went all over the country to dispose of their home

January 1996 Seoul
A 7-year-old boy who was abducted is dramatically brought back to life after being chased by police and criminals for 53 hours.

January 2000 Japan
A girl who was kidnapped and imprisoned in 1990, a dramatic reunion with her long-awaited parents for the first time in 10 years

March 2010 Daegu
A brother and sister returned to their families after 18 years of disappearance, a citizen reports a photo published in Cyworld

* Missing Children’s Day
First established by the United States in 1983 to commemorate the soul of a child who was murdered after abduction.
The ‘Green Hope’ event is held on May 25th every year to pray for the safe return of all missing children.

A happy family full of strong faith
Giving up a promising doctor,
Joo Young-soo chose the path of a pastor.
Always with him in faith
A wife who leads a harmonious family
He had a daughter, Hyerin, whom he loved.

I lost my daughter… abandoned God.
A man standing at the end of despair, he has nothing left
One day, the daughter suddenly disappeared.
I waited for the news of the child with strong faith and conviction
In the end, Hyerin didn’t come back.
Falling in deep despair, he lost his faith and family.
He also gave himself to the world mercilessly.
.
Eight years later, the dead daughter appeared with him!!
Denying everything in life that supported him
A phone call from him, who was living a ruined life.
Hyerin is alive!
A chance to save his daughter, a last chance to turn his tainted life back!
There is no more chance!

‘The sun will not rise tomorrow.
Still, humans have to live.’

This movie is about a father looking for his daughter.
Hope through Joo Young-soo, a man who loses faith in his family, God, and himself.
wanted to talk Walking through the darkness in search of the lost light
I want the audience to see hope from the back of my father.

The story of saving her daughter… but the story of saving herself
Joo Young-soo was a pastor who was respected by believers for his strong faith in God. Destroyed by the loss of his daughter, he begins to lead a rapidly depraved life, abandoning all faith in God and in himself.
Eight years later, when his daughter, who he thought was dead, reappears with the kidnapper, he feels the burning passion of his father and the guilt of a forgotten life.
For Joo Young-soo in the movie “The Destroyed Man”, retrieving a daughter has a deep meaning beyond the simple external meaning of finding a dead daughter, and as a last chance to repent once again, who is wandering at the bottom of life. has a

Kim Myung-min was not on the set! There is only Joo Young-soo!
After her daughter, whom she thought was dead, appeared, and for the heartbreaking smoke, Kim Myung-min, who played the role of Joo Young-soo, resumed smoking. In addition, Kim Myung-min had no hesitation in filling himself in Joo Young-soo, such as spending three nights in the filming to express his father’s feelings, who spent three nights in a PC room in search of traces of his daughter. Kim Myung-min, who is famous as an actor who abandons himself and puts himself in a character no matter what role he plays, reveals the image of a heavenly actor so clearly that the more he abandons himself and expresses his character, the more comfortable he is in acting. At the beginning of the play, when he plays the faithful Pastor Young-soo Joo, he has a warm and gentle appearance, when he turns into a main character who lives a depraved life, he becomes a little nervous, and when he is looking for his daughter with desperate fatherly love, his feelings and disposition change to the extent that he is deeply saddened. Every time his life and emotions change rapidly, the staff who saw it did not even praise Kim Myung-min’s acting theory, which does not distinguish between acting and life. In order to capture the desperate feelings of parents who lost their daughter and the man who went down to the bottom of his life, Kim Myung-min abandoned himself during the 100 days of filming and became Joo Young-soo.

A fateful combination of Kim Myung-min, Park Joo-mi, and Um Ki-joon actors!!
The movie <The Destroyed Man>, which is attracting attention from the audience with the appearance of Kim Myung-min, an acting master who does not need any further explanation only with his name alone, is raising the credibility of the work with the passionate performances of actors Park Joo-mi and Um Ki-joon. When asked why people take on such difficult roles with difficult challenges every time, Kim Myung-min said, “That’s why acting is such an attractive job!” Um Ki-joon was preparing for a new leap as an actor by breaking away from the image he had shown on TV and on stage. And after breaking the long period of silence, Park Joo-mi returns as an actress. It was thanks to the scenario that conveyed a warm impression that they were able to capture them on one screen.
The scenario of The Destroyed Man, completed after years of hard work by director Woo Min-ho, stimulates the tear glands with his father’s desperate struggle and desperate feelings in the basic thriller structure of kidnapping. Director Woo Min-ho, who wanted to portray a man chasing after hope in an endless despair, was directed by Kim Myung-min, Um Ki-joon, and Park Joo-mi, who boasted of acting breathing without any special direction or requirements. A perfect synergy was created.

100 days of bloody battle
into that hot spot

Realistic location for suspenseful scenes
At the beginning of the production, the part that the production team had in mind the most was to capture the real and suspenseful screenplay of the father’s struggle to seize the last chance of his life to find his daughter.
Even though the filming conditions are not good due to the high flow of people such as train stations, hospitals, ice rinks, subway stations, and squares, the production team boldly selected these places to portray Joo Young-soo’s struggle and chase to create a more realistic and realistic feeling. could draw
The second concern of the production team was how to express the house of Hyerin and Choi Byung-cheol, who spent 8 years together.
Two people who live in isolation from what is normal and normal. And the house surrounding the two had to feel the fear of Hye-rin, who could not escape Choi Byung-cheol, whether voluntarily or unintentionally.
After several rounds of hunting, the decision was made to a red brick house among the quiet reed fields in Yangpyeong, Gyeonggi-do. As soon as the production team saw the place, it felt like it was all at once! This red brick house in a reed field perfectly expressed Hyerin’s never-ending nightmare, Choi Byung-jeol’s madness, and Joo Young-soo’s struggle to save her daughter.

The place chosen for the best climax
The reed field scene where Joo Young-soo fights the last battle with the killer Choi Byung-cheol to save his daughter. This scene is also the scene where the two meet as the kidnapper and the kidnapper’s parents after the pursuit of Joo Young-soo. Therefore, the anger and earnestness of Joo Young-soo and his fatherly love for his daughter had to be heard stronger than any other scene, and Choi Byung-cheol had to reveal the cold-blooded and cold murderer that no one could control now. Despite the realistic adverse conditions that this reed field can only be filmed at low tide, the production team chose the reed field for the climax that elevates the emotions of the drama to the climax. The scene that will remain in the movie was completed.

A solid scenario! The most anticipated work of 2010, created by the strongest production team!
A screenplay by a new director, who had received a lot of attention from film officials even before filming, made the strongest producers in Chungmuro fall in love. From Cho Yong-gyu, who was in charge of filming <Miryang> and <Madonna of the World>, Lee Jae-jin of <Yeokdo Mountain> and <Modern Boy>, and Kim Seon-min, editor of <Monster> and <The Chaser>. The fantastic combination of director Woo Min-ho, who dominated the scene with his delicate directing ability that is not like a rookie, and the strongest production crew, perfectly captured the desperate struggle and the bloody father’s love that had to save his daughter on the screen, enhancing the film’s perfection.

Impressive Charge! Conducting current affairs in 5 cities across the country with the main actors!
If you make a movie and fall into the character, you will naturally fall in love with the movie you’ve been in. However, the affection of the actors who appeared in the movie <The Destroyed Man> is extraordinary.
The delicacy of preparing a dinner party for the staff from time to time during filming is basic, as well as the intimacy of taking care of each other’s birthdays.
Inheriting the atmosphere of the harmonious scene, the actors conduct current affairs in five cities across the country to convey the passionate emotions and affection of their films to the audience.
Starting with Daegu, Gwangju, Busan, Daegu, and ending in Seoul, the impressive Chungcheong National Relay Current Event will moisten the eyes of the people of Korea.