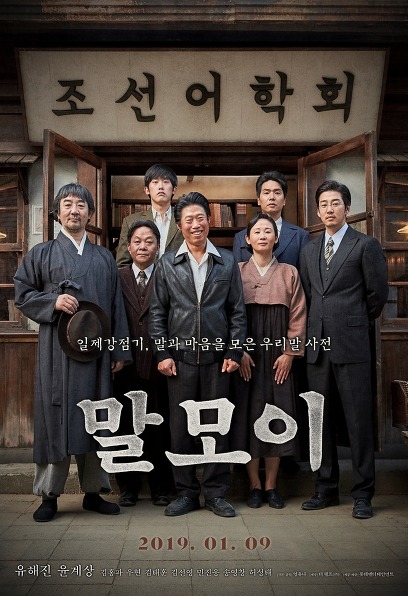 Black-eyed Pansu, open your eyes to Korean! vs. Jeonghwan, CEO of the Korean Language Society, wakes up to the importance of 'we'!

Gyeongseong, where the Korean language is gradually disappearing in the 1940s.
After being fired from the theater, Pansu failed to steal a bag for his son's tuition.
The president of the Korean Language Society, who went to the interview, is the owner of the bag, Jeonghwan.
Making a dictionary, with ex-cons and black eyes!
However, being pushed by members who welcome Pansu, Junghwan accepts him on condition that he can stop reading and writing.
Pansu, who wanted to collect words that were not money, opened his eyes to the importance of Korean language after reading it for the first time in his life, and Junghwan also woke up to the importance of 'we' through Pansu, who added power to 'Malmoi', which collects words from all over the country.
There is not much time left, and I have to finish 'Malmoi' to avoid the tight surveillance of the Japanese…

In an era when the Korean language was banned, words and hearts gathered to become a dictionary