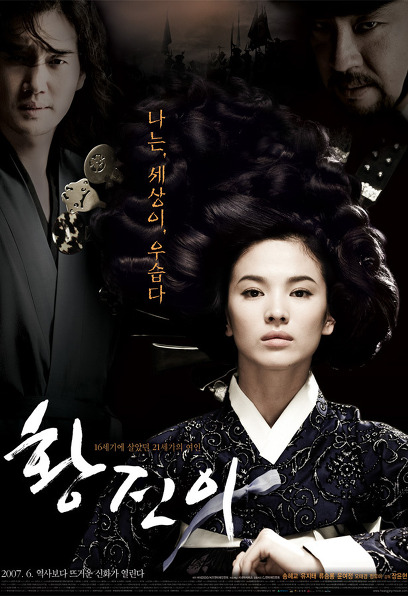 A woman who is bigger than the world, a love that is hotter than history, there is only one person who overcomes the age of hypocrisy

In the 16th century, women were the earth and the common people were beasts. Jin-i (Song Hye-kyo), who grew up as a daughter of a noble family, chooses the lowest 'gisaeng' status when the secret of her birth is revealed. Jin-i, who fell to the lowest level as a human being, but became the best woman admired even by the high school teachers. Next to her is a friend, a slave, and the first man, Nome (Yoo Ji-tae). In the turbulence of the times, Nom-i is wanted as a traitor, and now Jin-i makes a fateful choice that stakes her everything.