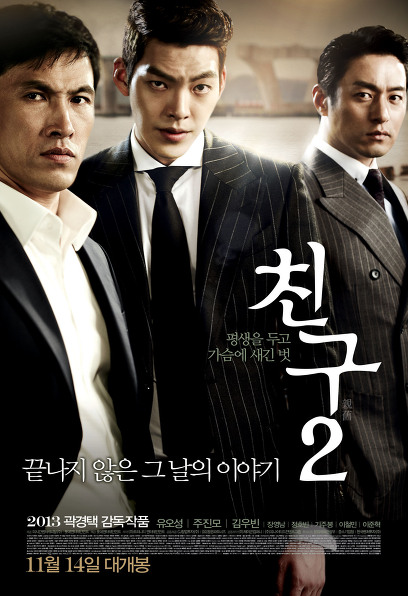 “Would you like to go to Busan with me?”
Jun-seok (Yoo Oh-seong) is imprisoned for ordering the death of his friend Dong-su (Jang Dong-gun). After being released from prison after 17 years, he feels a sense of crisis at the remarkably changed world and the appearance of 'Eun-gi', who is suddenly growing into the power of the organization. In order to recover the organization that his father Cheol-ju (Joo Jin-mo) dedicated his life to, 'Jun-seok' gathers his scattered powers again, meets in prison and has a young blood 'Sung-hoon' (Kim Woo-bin), who follows him like his father, as his right arm. do.

“You said quitting smoking signaled me to kill my father?”
'Seong-hoon', who had an unhappy childhood without knowing his father's face, relies on 'Jun-seok' who takes care of him like his father, and works hard to take over Busan with him. Then, one day, Eun-gi comes to Seong-hoon and tells the story of Dong-soo's death and throws him into confusion…

The fateful meeting of two men!
The day I lost my friend, an unfinished story begins!