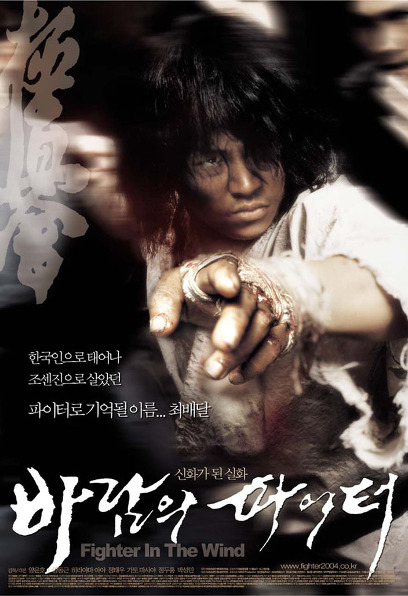 Choi Baedal, the only Korean who kneeled all of Japan!
The moment he clenched his fist, the true story became a myth.

When the entire Republic of Korea was dark, the world was divided into three categories.
Japanese. Dogs domesticated by the Japanese. Jo Senjin, who is not even a dog.

During the Japanese colonial era, Koreans were regarded as servants for the Japanese. Baedal Choi, a boy, learns Taekkyeon through his servant Beomsu, and develops his dream of becoming a strong fighter. However, Beomsu, who was involved in the independence movement, disappeared and Baedal, who lost his teacher, smuggled to Japan to become a pilot. But what awaits him at the aviation school is discrimination beyond imagination…

Towards the heart of the world through the times…
His challenge becomes history, and history becomes a myth.

A delivery man who beats his instructor out of anger over the discrimination called Joe Senjing. However, Captain Gato, a descendant of the samurai, aims at him with his bare hands, and he runs away with his back to the blade. While wandering, his miraculous encounter with his childhood mentor, Beom-soo, becomes a turning point in his search for his own self, but he collapses once again in front of his incompetence in front of his corpse killed by a yakuza. Realizing that justice without strength is incompetence and power without justice is incompetence, he decides to train in the mountains. The harsh training that built up a wall with civilization! A fight with yourself, who is so lonely! Enduring all the suffering that goes beyond human limits, he prepares for the challenge of the times…