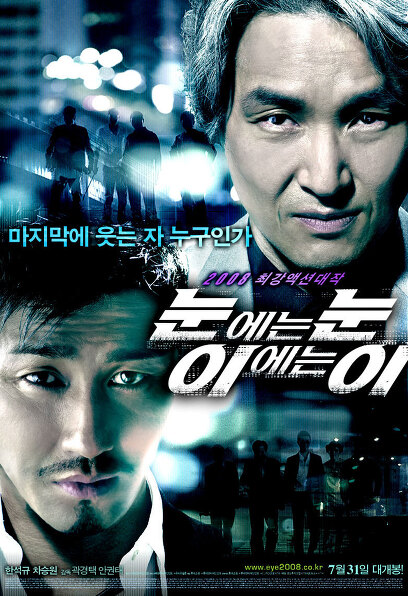 100% situation control, genius intelligent criminal Ahn Hyun-min
A perfectly designed prelude to revenge rises!
In broad daylight, 600 kg of smuggled gold bars disappear like smoke from the Jeju airport following the robbery of a credit safe cash transport vehicle in the middle of downtown Seoul. The real Chief Baek (Han Seok-gyu) is furious at the appearance of a gang of fakes who succeeded in perfect crimes in front of the police by impersonating the legendary detective Chief Baek.
From Baek Baek-chan To Baek Baek-chan
“You know me, so why don’t I know you… ”
A package containing the stolen bundles of cash is delivered to the alumni. The sender is the criminal Ahn Hyun-min (Cha Seung-won)! Angry, Ban-Jang learns that Hyun-Min Ahn will be dealing with a huge amount of smuggled gold ingots and launches a massive operation to catch him. As if everything had been expected, Ahn Hyeon-min once again disappears in front of Baek Ban-jang, but Baek Ban-min, who succeeded in arresting his key member, digs out Ahn Hyun-min's back with a relentless interrogation.

Who laughs last?
A breathtaking battle unfolds with unpredictable results!
The joy of victory is short-lived, Ahn Hyun-min raids the police station in broad daylight to get his comrades out. However, Ahn Hyun-min, who is facing a desperate crisis, appears in front of Chief Baek, and makes an unexpected proposal including his own life. Baek Ban-jang realizes that he is caught up in the midst of a huge revenge project that Hyun-min Ahn has been preparing for 5 years. Is this an opportunity or a trap?

According to the Code of Hammurabi, the first written law of mankind,

He who removes the eye of a free man removes his eye.
He who breaks the bone of a free man breaks his bone.
To life as life,
Eye for eye,
In this way
Establish an order of persecution and revenge.

An eye for an eye and a tooth for a tooth

The best power two-top Han Seok-gyu VS Cha Seung-won
2008 The most spectacular showdown begins!
The two best actors in Korea who have decorated the screen with their unique acting skills, distinct personality, and their own colors and presence met. The co-casting of Han Suk-kyu and Cha Seung-won's power two-top is the biggest reason why <An eye for an eye, a tooth for a tooth> received a lot of attention from both inside and outside the film industry from the beginning of its production. Han Seok-gyu, the owner of 'monstrous acting skills', plays 'Baekjeon Baek-seung, Ban-ban-jang', a legendary detective. The person who touches his self-esteem is a vicious and tenacious character who has to follow him to the end of the earth. Cha Seung-won transforms into Ahn Hyun-min, a genius criminal with a cool brain and bold action. Ahn Hyun-min, completed with charisma and stylishness emanating from his 188cm tall, is a character similar to 'Korean Phantom Thief Lupine', borrowing Cha Seung-won's words. In this way, <An eye for an eye, a tooth for a tooth>, which shows off the challenges and bold transformations of the two best male actors in Korea, heralds the most spectacular showdown in the film industry in 2008.

A criminal who is worse than a criminal VS A criminal who plays with a detective
The overthrow of the character, its exhilarating fun
The relationship between the chased detective and the chased criminal has been varied in many movies. However, the relationship between those who are so familiar is overturned 180 degrees in <An eye for an eye, a tooth for a tooth> and meets anew. Instead of escaping to escape the detective, the criminal follows the detective, leaking information, and foretelling the case. A detective who fights against a bold criminal who intentionally drags a detective into the middle of a case also offers fun that transcends common sense. This is because his definition is not to enforce the law, but to find out the person who touched him and punish him in a brutal way comparable to that of a criminal. In this way, the fun created by the two powerful new characters in <An Eye for an Eye, a Tooth for a Tooth> is a fire when the detective and the criminal meet. The fresh composition of a detective like a wild beast who is hurting his pride because of the prey he had missed and snarling with his goals, and a genius criminal who designs the case coolly and uses even the detective as his crime tool as if mocking him. It will provide thrilling cinematic fun that breaks stereotypes.

A series of action running through the city center
Korea is the stage for <An eye for an eye, a tooth for a tooth>!
The action of <An eye for an eye, a tooth for a tooth> penetrates Korea and unfolds boldly. Daechi-dong, where the cash transport car and Cha Seung-won's car are in a tense chase, and Gangnam's building forest, where traps targeting each other bite and bite, creating a sharp tension. Busan is home to the Maritime University that was used as a prison set, the desolate pier of the Oryukdo marina, the splendid ski resort and the bloody dog farm. In addition to City Hall, which was reborn as the National Police Agency, Jecheon had full control of the city for car-chasing with the police. to Jeju Island's ferry terminal and international airport. Due to such a series of magnificent locations, there were even jokes floating around at the filming site that there was no Republic of Korea that was not captured on the camera of the filming team of “An Eye for an Eye, a Teeth.” The feast of a large-scale location, which has been searched all over the country in search of the perfect place, will fill the huge screen with thrilling sights.