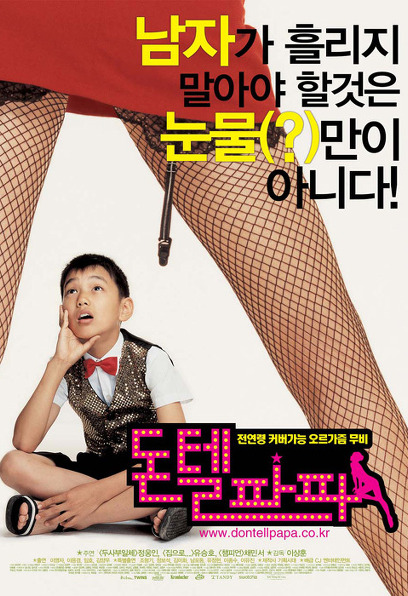 “Baby delivery has arrived!” Baby basket delivered to the classroom becomes a father in the reins
After many twists and turns, he ends up spending 'just one night' with a foolish rein that mimics a sheepdog, and with a man who specializes in putting out cigarettes with his mouth. After that day, there was no news from Ae-ran, and one day, nearly a year later, a basket was delivered to his classroom by quick delivery. What was in the basket was a newborn baby. That night, Ae-ran had a baby with Cheol-su and gave birth in a girls' high school bathroom. Cheol-su visits Ae-ran's friend Soon-mi and asks about Ae-ran's whereabouts, but turns away when he hears that he has gone to America to study.

“Why is the child’s name Jungwon?” “Yeah… The inn where my mother-in-law ate was a farmer.”
After being kicked out of school due to the 'baby basket delivery incident', Cheol-su is a show MC at an adult nightclub and raises his son Chowon. Cheol-su, who takes care of the baby with his colleagues as if he is a sympathizer, names the baby 'Chowon' after the inn where he spent the first night with Ae-ran. Chowon accompanies her father to and from the establishment, interacting with Borisu, Elena Kim, and Nagayo Girl from the 'Okama' show, and grows into a precocious and cheerful child. By learning the real language of third-class people, children of the same age have a natural vocabulary that children of the same age cannot reach, and sometimes even predict the future by breaking the 'fighting luck' that some adults cannot.

"I don't really hate Auntie… just send her home… I've never done anything my dad didn't like. We know each other’s feelings just by looking at each other’s eyes.”

Meadow, who has just turned 7 years old. However, Ae-ran, who went to study in the United States, returns as Cheol-su's classmate and underwear designer Jeol-gu's direct supervisor. Suffering from the guilt of abandoning the baby, Ae-ran wants to see the meadow and walks around the child without revealing that she is a mother. Chowon, who thinks her mother is dead, follows Ae-ran as a good aunt, and Cheol-su becomes anxious about losing her child. In the end, Cheol-su wants to leave with Chowon to a local club. But he gets caught up in a huge incident over a trivial matter…