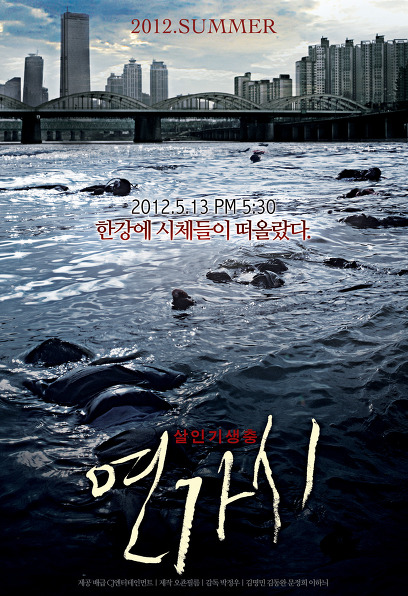 Infection warning for 100% fatality rate mutant year-end!
The fear of infection that no one can avoid ravages the Republic of Korea!

In the quiet dawn of the Han River, the ghastly corpses of bones and skins are reminiscent of those left behind. Including this, dead bodies are starting to be found in rivers all over the country… The cause is 'variant sonata' that drowns by manipulating the human brain, which is the host, to jump into the water. The short incubation period, 100% fatality rate, and the 'disaster during Yeonga City' that spreads rapidly along the four major rivers is devastating the Republic of Korea. As the death toll increases exponentially, the government operates an emergency response headquarters and enters into a national response posture to quarantine and accommodate all the infected, but those who have lost their reason struggle to break through control and run to the waterfront. Meanwhile, Jae-hyeok, a salesman at a pharmaceutical company who was hit by work and unable to take care of his family, struggles to find a cure to save his wife and children who have unwittingly been infected during a love affair. Among them, he discovers unusual clues related to the disaster and sets out to solve the case…

100% fatality rate Infectious disease
You are no exception!

* If people around you suddenly one day, despite eating a strangely large amount, do not gain weight and your face darkens… Also, if you run away from your reason when you look at the water, complaining of intense thirst…
Be suspicious, the 100% lethality mutant Yeongasi's horror has already begun!

One day, I suddenly thought of what it would be like to make a movie about an infection disaster caused by a parasite song.
And then I started writing the first scene indiscriminately.
However, as the story unfolded, it was very similar to the way we are living in reality right now.

Without knowing that there is an unknown 'parasite' that incites greed in me,
I don't know if that's the road to despair, I don't know if morality, conscience, and justice are left behind
The images of us running, longing for a 'film of wealth and nobility'.
A series of days of disasters and crises have come since then…
All of them are like the appearances of people infected with Sonata.
As a result, it resembled the world that had turned into Abi Gyu-hwan.

Let's get a direction to tell the story
I was able to reach the ending in a month without stopping.

A killer parasite that manipulates the brain to jump into the water and commit suicide
100% fatality rate Appears at the time of Variant Sonata!

Love poem (scientific name: Gordius aquaticus)
Sonata is a slender, wire-shaped, streamlined animal that parasitizes the body of an insect. It is a parasite that penetrates into the body of an insect through water and then controls the brain of the host when the spawning season begins, jumping into the water and committing suicide. Fear is growing as the exact cause of how the host's brain can be manipulated to induce suicide is unknown. However, according to the research results so far, it is known that it induces suicide by secreting neuromodulators that attract water. The poem, which became known to the public through a documentary in 2009, drew attention because of its unique way of survival. People who saw this called the song 'alien' and showed explosive interest online. The fact that infection occurs through water, which is closely related to human life, and that mutant parasites or viruses appear one after another due to environmental pollution. is becoming

Q. Is there a possibility that sonata can infect humans?
Even the existing roundworms did not parasitize the human body from the beginning. It came into our body by chance, and we learned that it is good to live in a human body, and we have adapted to our body and lived. Like other roundworms, it is possible to do so if we adapt to our body.

Q. What could happen if sonata actually infects humans?
It is usually assumed that humans are not affected by parasites. However, in fact, infection with a parasite called Toxoplasmosis can cause people to jump into the road and behave strangely. If sonata can also control the human brain, it seems like it will be possible to drown your face in water or die while drinking water, as in the movie. Another threat is that when the stingray enters the host, it grows up to three times the size of the host. According to the records, there are some that grow up to 2m, but if they grow incredibly long in the human body, the intestines can be torn apart.

Korea's first infection disaster film is born!
This summer, a different kind of horror is coming to you!
Korea's first infectious disaster film <Yeongasi>, which has never been attempted, aroused explosive interest only with its unique setting of an infectious disaster situation caused by a mutant parasite called Yeongasi. In particular, the reason <Sonata Poetry> left a strong first impression is because of the way of survival of the poem, which is hard to believe in reality. The mutant sonata appearing in the movie is parasitic in the human body, and when it is spawning season, it controls the brain of the host and jumps into the water and commits suicide. Although no cases of human infection have been reported yet, the possibility of an actual mutant appearance is open, stimulating fear. In addition, the fact that the summer season, when the summer season begins in earnest, infection begins with nothing other than 'water', maximizes the audience's fear. Like the H1N1 influenza and super bacteria caused by environmental pollution, the real and horrific disaster scene presented by <Sonata> will present a paradigm for a new disaster film.

The people who made the infectious disaster when mutant Yeonga

[Step 1] Informing the deadly infectious disease of mutant Yeonga by Director Park Jung-woo
Creating the infected character was actually the most difficult part. I wanted a look that felt realistic. In a situation where there is no reference material at all, I started with only one proposition that I should not be a 'zombie'. Mun Jeong-hee, who plays the role of 'Kyung-soon', who has to express the symptoms of infection in the most detail in the movie, and an acting instructor who was specially invited, every day, they put their heads together, pondered and discussed the symptoms of various adaptations. We had to scream, turn our eyes, crawl, run… We had to make up all the expressions that humans can make and make the most plausible one ours. At the end of the process, a pattern was selected and set as the basic character of the infected.

[Step 2] Create a 100% lethality mutant song by VFX Supervisor Synergy Seo Sanghwa
Although the size and texture of the variant Yeongassi are different from the real ones, the process of realistically expressing their unique movements was more difficult than expected. I needed a sense of fear that was completely different from the appearance of monsters or other disaster films that had to fight some kind of physical destructive force. A terrible feeling of 'Ugh, if that kind of thing lives in my body…'! The emphasis was placed on reviving the feeling of mutiny, which is more creepy and creepy than the real thing in terms of shape, tangled posture, and movement.
In particular, it was very burdensome to have to make it feel like it was shot with an actual endoscope in the scene where the setting of 'small intestine' is the place where the parasitic lice live in the human body. It was difficult because it was not easy to connect the size, shape, and movement of the parasitic lice on the size of the small intestine or the texture of the outer wall, which is known in common sense.

[Step 3] Expressing the shocking reality of the infected deceased by special makeup CELL Ho-Gyun Hwang
I imagined that the lotus seeds absorbed the nutrients of the host rapidly, and focused on the appearance of a mummy that lost weight and became wrinkled. After modeling an actor's face, hands, and feet with silicone, he pulled them out of plaster and sculpted them into a dry figure. The frame was made by replicating the carved plaster statue again. After pouring silicone into the mold, pulling out the skin, expressing detailed parts such as blood vessels, skin color, hair, eyebrows, and eyelashes, finally made the body and assembled it.
It was much more difficult during filming than during production. Due to the nature of the infected person in Yeonga, most of them died by drowning, so they had to go directly into the water at various rivers across the country, including the Han River, and drown. The water-dried pile was very heavy, and during the filming in the cold season, the piles without water had to freeze to each other in less than 5 minutes. As we went into the water countless times, we even had the illusion that we were infected with Sonata.