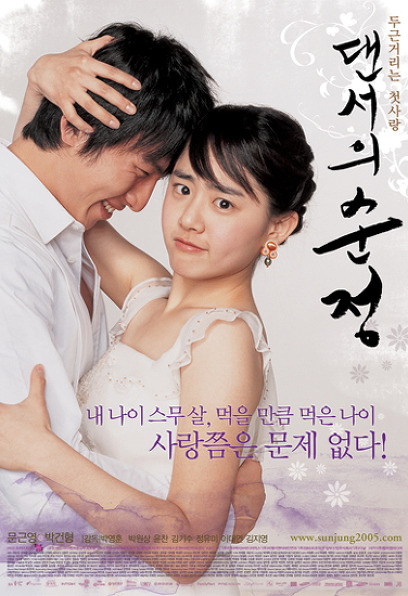 This is the story of me and my uncle Youngsae.
Is my story similar to yours?

I am Jang Chae-rin
I came from China, a place where fireflies flew into the stream and the scent of yarae incense was thrilling.

A ferry from Yanji to Korea and Incheon.
Chae-rin (Moon Geun-young) starts to see Incheon Port, which was only cloudy in the snow, and her excitement gradually turns into fear.
I tried to look like an adult with makeup, but it was just awkward.
When the boat stops, Chaerin must become the older sister who has been winning the <Chosun Autonomous Provincial Dance Championships>.

Yeong-sae (Park Gun-hyung) was once a promising player.
To Youngsae, a partner has a special meaning. The desire to rediscover the dream that I had given up for two years,
He vowed to forget his first love, Se-young. Maybe we can get back together with this new partner at the championship in 3 months!

“I want to meet anyone, anyone I know, at least one…”

It turns out that she came instead of her sister, and Sang-doo, Sang-doo, the senior of Young-sae, who spent money on Chae-rin's entry, sells Chae-rin to a bar. Chae-rin doesn't lose hope when she hears that she will teach her dance with a salary of 2 million won.
Remembering the warm memories of the few days I spent with Youngsae and the beautiful dresses and shoes I saw in the practice room, I vow to endure. But the reality is so grim…

“If you keep lying, I will throw you away!”

“Azbai, I will definitely go after learning that dance!” The bright voice of Chaerin keeps ringing in my ears. Chae-rin, who is naive without knowing anything about the world…
I can't let her go and I'm going to pick her up. “How old are you really?”, “Twenty-four…
Chae-rin is grateful to Young-sae, who cares deeply even though she seems cold on the outside.
Think back in your mind.
"In two months… I'll be 20 years old, when I can love you."

“I have a favor, please teach me Grand Allegro too!”

Chaerin learns dance sports from Youngsae. After hearing that Yeong-sae's former partner Se-young danced the Grand Allegro (the best technique that applied ballet rotation and quick steps), Chae-rin wants to learn the technique.
“If you don’t love, you can’t completely surrender your body. You think you love me only when you dance!”
As feelings more than trust develop between the two of them, the dance shines even brighter…
Meanwhile, Sang-doo, who brought Chae-rin, goes to find Hyun-soo, Young-sae's former rival and wealthy man, when Chae-rin shows off her outstanding skills…