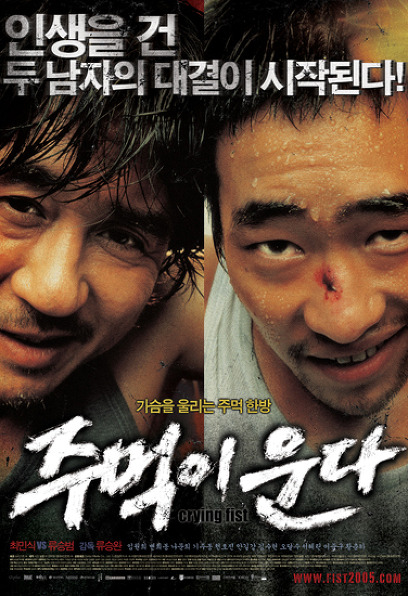 ROUND OF Taesik Kang
In his old days, he was a boxing star. Now a beaten man. Now there is no place to retreat!!
Taesik, who was once a successful silver medalist at the Asian Games, now works in the middle of the street to get paid and beat people. After losing all he had due to gambling debt and a factory fire, he had no choice but to go out as a boxer in the street to make a living. All he has left is his wife and his beloved son. Now, looking for him is a miserable situation with only debtors and onlookers flocking from all over the country to hear the rumors. To make matters worse, Tae-sik falls into a deep sense of despair when he cannot live with his son, Seo-jin, who is the only hope of life. Taesik, an old boxer who has no place to back down and has nothing to lose, is hopeful again and decides to compete in the Rookie of the Year…

ROUND OF Yoo Sang-Hwan
There was nothing I wanted to do!! But now I will fight the world with boxing
Reimbursement, where fighting and beeping is a daily routine. One day, he gets caught up in a big fight and needs a settlement money, so he gets into a robbery accident for the money of a local maintenance man. From the first day of imprisonment, he fights with the boxing club's 'Kwon-rok' and is locked in a solitary confinement, and an unsatisfactory life begins. The head of the church, paying attention to the fight with Kwon-rok, recommends Hwan-hwa to join the boxing club. For the 19-year-old Hwan-ho, who had nothing he wanted to do or become, he realizes the will and joy of being able to do something for the first time in boxing. Then, one day, the father, who was working at a construction site, died suddenly in an accident, and the news came like a clear blow that even his grandmother was devastated. Hwan-hwa, who is in shock, burns his will to compete in the Rookie of the Year and achieve his dream of the final so that the grandmother can wake up as soon as possible, forgetting the sadness of losing her father…

LAST ROUND
Rookie of the Year Finals! Finally, the inevitable confrontation between the two men begins.
Finally, the preliminary round for the Rookie of the Year is held. Taesik, who beats his opponent while recovering his old boxing skills, and Sang-hwan, who runs frightfully by winning every match by KO, both men subdue their opponents and finally meet in the final of the Rookie of the Year. Two men with unique histories, close-knit skills and fate. Tae-sik, a 39-year-old street boxer who has no place to back down, and a 19-year-old boxer from a juvenile detention center fight for the first time in his life. The only confrontation that bets the lives of two men who cannot stand back even an inch begins!