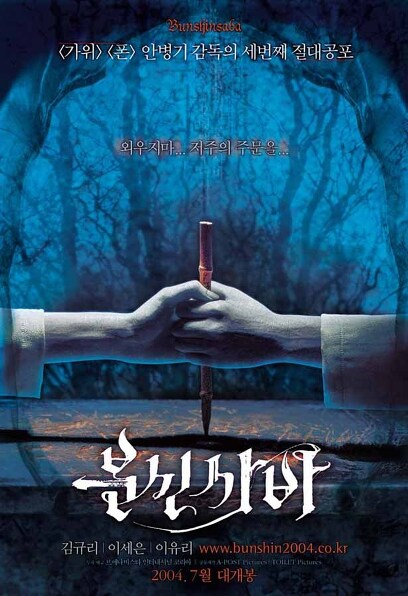 If you want to kill me, memorize a spell!

Yoo-jin (Lee Se-eun) was bullied by her children when she transferred from Seoul.
One day, Eugene, who could not stand the bullying, wants to curse her friends.
Memorize the death spell 'Shin-Saba' that summons the soul.
Friends whom I hated 'to the point of wanting to kill' even in my heart.
However, after this day, the self-immolation order became a reality.
My classmates die one by one.

At the same time, Eun-ju (Kim Gyu-ri), an art teacher who was newly appointed to this school,
I am anxious about a series of events at school,
Only Eugene looks at Eun-ju with suspicion.
After the change of self-immolation order, only in the eyes of art teacher Eun-ju
Student No. 29, In-suk (Lee Yu-ri), who does not exist, is seen.
Eun-joo's feelings of fear are gradually engulfed by the appearance of a mysterious student, In-sook.
A hidden truth in a great curse. Eun-ju gradually faces the reality of the curse.